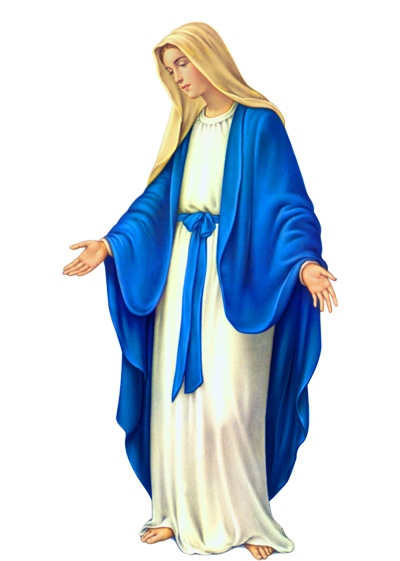 The Blessed Virgin Mary, the mother of Jesus has a more central role in Roman Catholic teachings and beliefs than in any other major Christian group. Not only do Roman Catholics have more theological doctrines and teachings that relate to Mary, but they have more festivals, prayers, devotional, and venerative practices than any other group. The Catholic Catechism states: “The Church’s devotion to the Blessed Virgin is intrinsic to Christian worship.”

For centuries, Roman Catholics have performed acts of consecration and entrustment to Mary at personal, societal and regional levels. These acts may be directed to the Virgin herself, to the Immaculate Heart of Mary and to the Immaculata. In Catholic teachings, consecration to Mary does not diminish or substitute the love of God, but enhances it, for all consecration is ultimately made to God.

Following the growth of Marian devotions in the 16th century, Catholic saints wrote books such as Glories of Mary and True Devotion to Mary that emphasized Marian veneration and taught that “the path to Jesus is through Mary”. Marian devotions are at times linked to Christocentric devotions, e.g. the Alliance of the Hearts of Jesus and Mary.

Key Marian devotions include: Seven Sorrows of Mary, Rosary and scapular, Miraculous Medal and Reparations to Mary. The months of May and October are traditionally “Marian months” for Roman Catholics, e.g. the daily Rosary is encouraged in October and in May Marian devotions take place in many regions. Popes have issued a number of Marian encyclicals and Apostolic Letters to encourage devotions to and the veneration of the Virgin Mary.

Catholics place high emphasis on Mary’s roles as protector and intercessor and the Catholic Catechism refers to Mary as the “Mother of God to whose protection the faithful fly in all their dangers and needs”.[113][114][115][116][117] Key Marian prayers include: Hail Mary, Alma Redemptoris Mater, Sub Tuum Praesidum, Ave Maris Stella, Regina Coeli, Ave Regina Coelorum and the Magnificat.

Mary’s participation in the processes of salvation and redemption has also been emphasized in the Catholic tradition, but they are not doctrines. Pope John Paul II’s 1987 encyclical Redemptoris Mater began with the sentence: “The Mother of the Redeemer has a precise place in the plan of salvation.”